At KIST we celebrate International Mother Language Day with an annual ‘World Cultures Day’ event which includes a traditional costume parade and PTA bake sale featuring delicious treats from around the world.This year, I challenged the Elementary Student Representative Council to host a ‘Mother language recordings’ booth. We wanted to provide an opportunity for students and parents to record brief video messages about peace in their mother languages. 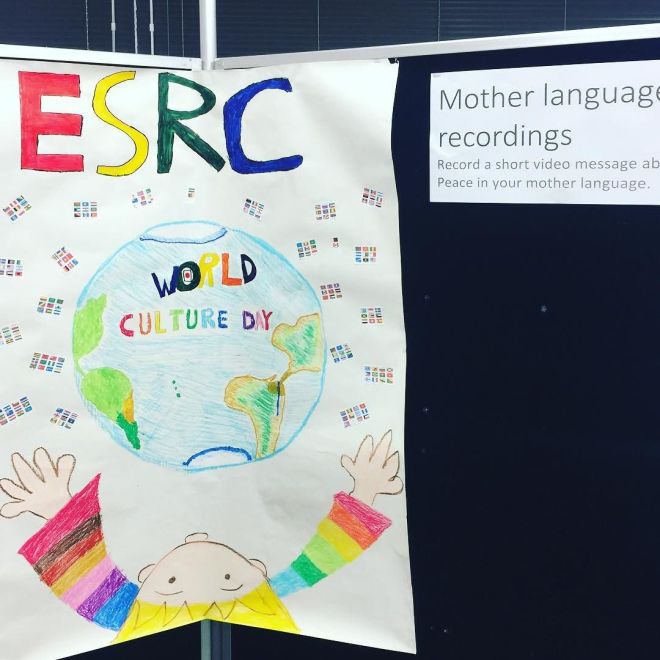 The students made a poster and I created a form for participants to write their messages along with English translations. We collaborated with the Media Club to record the videos. In an hour, we recorded around twenty videos by community members in languages including Japanese, Russian, Turkish, English, Bengali, and three different languages from India: Tamil, Odiya, and Hindi.

We are currently in the process of deciding how to publish and share the videos, although I did make a point of obtaining permission from the adult participants to share their recordings on the school website.

The greatest takeaway for me was the encouragement we received to widen the scope of this project next year with more promotion and a larger window of time to record messages.

We are looking forward to International Mother Language Day on 21st Feb! #IBschools how are you celebrating? #IMLM #internationalmindedness

A few days later, the tweet above from IB World Magazine caused me to reflect on how International Mother Language Day is an essential opportunity for internationally minded people and organizations to celebrate and preserve language diversity. Hopefully, we will expand the ‘Mother language recordings’ project next year.